The Prospect’s Time is Valuable

Every salesperson has had it drilled into his or her head that time is money and should be valued accordingly. So I won’t give you another lecture on time management. Instead, I’ll emphasize the importance of also realizing the value of your prospect’s time. 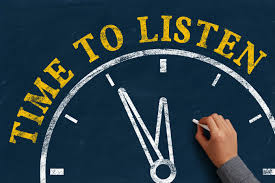 Now that’s a switch, isn’t it? Too often, salespeople are so wrapped up in what they’ve been told in sales meetings about spending their time wisely that they fail to consider that their customers think the same way! Frequently a salesperson gets shot out of the saddle before getting a foot in the door because he was thoughtless about the value of the prospect’s time. Look at it this way: The best prospects are those who can afford to buy your product. And generally, people with money accumulated their wealth because they make the best use of their time. When Willie Sutton, the famous bank robber, was asked why he robbed banks, he replied: “Because that’s where the money is”. For the same reason, you want to give sales presentations to people who value their time. To accomplish this, you must respect their time and understand how protective they are of it.

Successful professional and business people are incredibly busy and generally have “gatekeepers” who are instructed to screen salespeople, to weed out those who have not tried to call ahead for an appointment, and to allow only the one-in-a-dozen or so past the gate and into the boss’s chambers. Gatekeepers are given this assignment because their bosses are swamped with meetings, telephone calls, and visitors—especially salespeople. If top executives and business owners listened to everybody who called on them, they’d accomplish nothing else with their time. Still, there are times when they must grant audiences with salespeople to keep abreast of the latest developments.

I always believed that time spent with Joe Girard was time put to good use, and I was certain that my call was one of the most important appointments my prospects could schedule. I recommend that when you’re in a prospect’s office you want to set the stage so everything is working in your favor. This often means scheduling a meeting at a future date when the prospect can devote his or her undivided attention to what you have to sell. Make the most of the time you have with the people you do business with and always be organized so you can give a thorough presentation.

I admit that it’s tempting to give an on-the-spot presentation to an eager prospect who greets you warmly and announces: “Come right into my office and let me see what you’ve got to sell, but make it fast because I’ve got only twenty minutes and then I have to leave and get to a meeting”. Obviously, it is self defeating to try to give a sixty-minute presentation in twenty minutes. In this situation, I advise you to look at your watch and say: “Mr. Prospect, I’m sorry, but I’m running late for an appointment, and as much as I’d like to, I don’t have five minutes to spare. The sole purpose of my call today was to stop by to introduce myself. I only work on appointment, so let’s set up a date when we can get together for an hour, which is the time I need to adequately present my product to you”.

This straightforward approach demonstrates that you respect your prospect’s time as much as your own. What’s more, it provides you with a solid appointment with a bona fide prospect, and establishes you as a professional!