The Appearance of Success

July 1, 2017 by Joe Girard   Filed Under: Look and Act Professional

Dressing the part may seem like something people who want to get ahead in this world would do instinctively. You would think so. But that’s not the case, especially today. When it comes to appearance, we live in a very freethinking and individualistic “anything goes” society. Even though some of you may think I cling to old ideas about appearance, NOTHING COULD BE FURTHER FROM THE TRUTH! 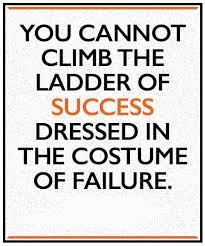 Some workplaces encourage a more “creative” casual atmosphere to promote innovation. A lot of hi-tech companies like Apple would certainly fit that bill. However, when you’re talking about people who represent a company in a sales, marketing, or executive leadership position, people who are making a pitch for new business, you will be hard pressed to see them dressed in anything other than smart business attire-Apple included.

If you take the time to study today’s successful men and women, you will note, almost without exception, that regardless of whether they’re in the medical field, law, education, retail sales, service or construction industries, they all look a little bit more businesslike in their appearance. They always stand out, looking well groomed and confident. You always know who’s in charge. It’s mostly about embracing and projecting the image of leadership and looking the part that separates successful people from the pack. Why? They’re winners! That’s why. That’s what I’m trying to pound into your head here.

While we’re constantly told not to judge a book by its cover, we do. We’re all influenced by things as they appear to be on the surface. If this were not true, the publishing industry would stop spending millions of dollars in multicolor book jacket designs every year. Or for that matter, neither would the packagers of grocery products sell their merchandise today in designer boxes and bottles. In fact, the cost of the package is often more than its contents. I’m sure everybody knows the value in selling goods by sprucing up their appearance, and likewise, your appearance makes a major difference in selling you.

As the great Renaissance inventor and artist Leonardo da Vinci used to say, “Wretched mortals open your eyes!” Look in the mirror. Separate yourself from the pack. Could you appeal to MOST PEOPLE, or just to a handful of weirdo’s you know who couldn’t put a single loaf of bread on your kitchen table? Is that your target audience? GET SMART! Becoming successful is undoubtedly a challenge no matter what field you’re in. Whether you sell, service, or counsel people, your success will be dependent on many things coming together. If you can’t break with your “look” or the people you hang with because it’s “who you are”, then fine. Not everyone is cut from the same cloth. Life will have other things in store for you. If, on the other hand, you’re really looking to make a change to your image for the better, then your appearance and grooming should be the place to begin.

You’re the most valuable stock you will ever own, so why sell yourself short when it comes to how you look to others? Give your confidence level a boost. Dressing the part is the quickest path to getting your image back on the track to success. Pay attention to all the small details of how you look to the rest of the world. Look in the mirror and see what others see. Are you satisfied with what they see? That is your appearance. To them, your appearance is your image. And your image is who you are to them. That’s the only YOU there is to them. There is no other. Make sure they see YOU. Dress the part.